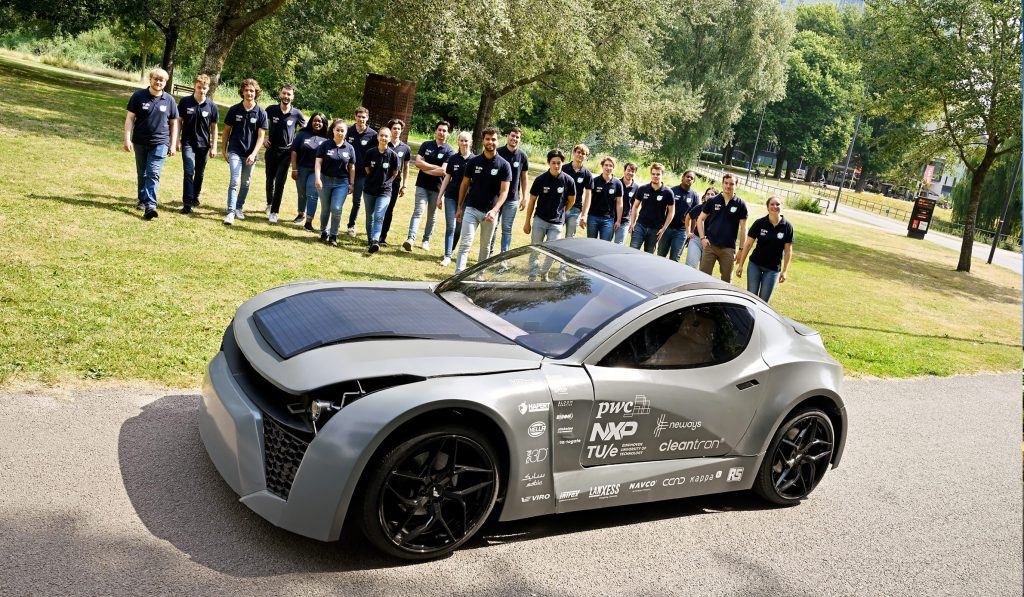 Road transport contributes about 16% of global carbon dioxide emissions, but what if our cars could actually start capturing these emissions?

The TU/ecomotive team from the Eindhoven University of Technology have unveiled their design for the world’s first ‘carbon neutral car’, which captures and stores carbon dioxide from the air as it drives down the road, known as ‘Zem’. 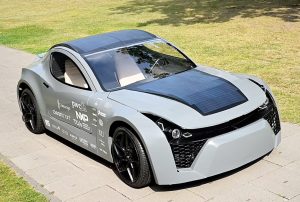 Air flows in through a grille on the front of the vehicle, which passes through a filter that separates and stores the greenhouse gas. The filter reaches capacity after about 200 miles, when it has collected about 30g of gaseous carbon dioxide. The filters can then be cleaned or replaced, and the captured carbon dioxide emptied.

How much Carbon Dioxide could it capture?

The engineers claim that up to two kilograms of carbon dioxide could be removed for every 12,800 miles the car travels per year using its ‘direct air capture technology’. If the technology was to be rolled out to the millions of cars on the road around the world then it has the potential to make a real contribution to reducing greenhouse gases.

The prototype also has solar panels on its roof and bonnet which allows it to provide green energy.

As well as the carbon neutral car, scientists are also developing a carbon neutral train. A US-based startup company has been working with engineers to develop huge vents that take in carbon dioxide while the train moves. The CO2 can then be separated from the air, converted to a liquid and stored within the carriage until it can be emptied.

The researchers say that an average freight train with these CO2Rail cars could remove up to 6,000 tonnes of carbon dioxide per year.

Do your bit for the climate crisis by clicking here and getting more information about how you can cut your carbon footprint.

We use cookies on our website to give you the most relevant experience by remembering your preferences and repeat visits. By clicking “Accept All”, you consent to the use of ALL the cookies. However, you may visit "Cookie Settings" to provide a controlled consent.
Cookie SettingsAccept All
Manage consent

This website uses cookies to improve your experience while you navigate through the website. Out of these, the cookies that are categorized as necessary are stored on your browser as they are essential for the working of basic functionalities of the website. We also use third-party cookies that help us analyze and understand how you use this website. These cookies will be stored in your browser only with your consent. You also have the option to opt-out of these cookies. But opting out of some of these cookies may affect your browsing experience.
Necessary Always Enabled
Necessary cookies are absolutely essential for the website to function properly. These cookies ensure basic functionalities and security features of the website, anonymously.
Functional
Functional cookies help to perform certain functionalities like sharing the content of the website on social media platforms, collect feedbacks, and other third-party features.
Performance
Performance cookies are used to understand and analyze the key performance indexes of the website which helps in delivering a better user experience for the visitors.
Analytics
Analytical cookies are used to understand how visitors interact with the website. These cookies help provide information on metrics the number of visitors, bounce rate, traffic source, etc.
Advertisement
Advertisement cookies are used to provide visitors with relevant ads and marketing campaigns. These cookies track visitors across websites and collect information to provide customized ads.
Others
Other uncategorized cookies are those that are being analyzed and have not been classified into a category as yet.
SAVE & ACCEPT