What is R32 refrigerant? 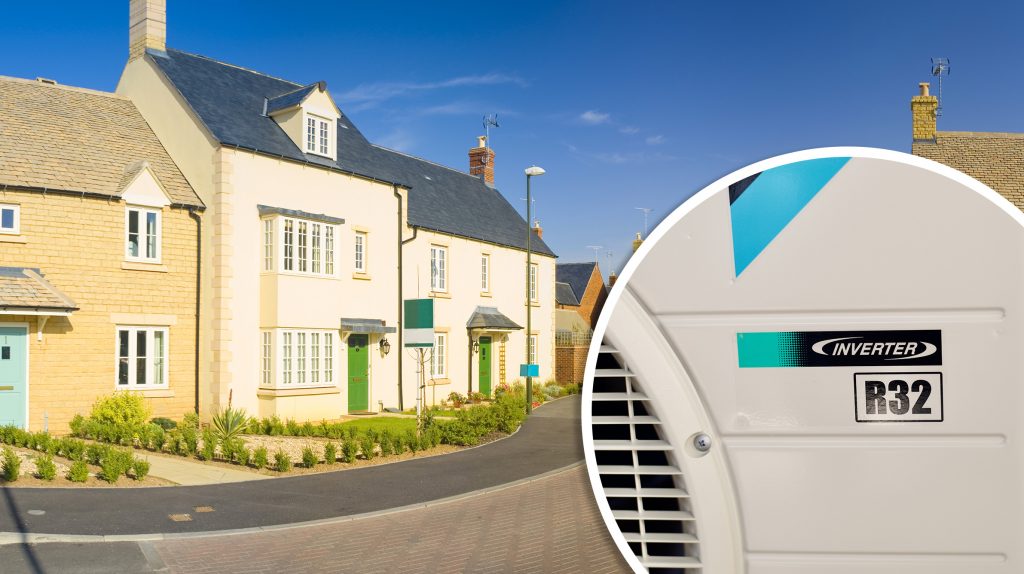 Most modern Air Source Heap Pumps are switching to a new form of refrigerant called R32. R32 is seen as the natural successor for the previous most popular refrigerant, R410A. In 2015 the European Union, in line with most other nations and trade unions, brought in regulations to help to curb the ever-increasing threat of climate change. Part of those regulations are the F-Gas laws, these laws layout guidelines for the phasing out of certain harmful compounds due to their negative impact on the environment. R410A, R32’s predecessor was listed as one of those harmful compounds. As a response to this, Air Source Heat Pump and Air Conditioning manufacturers had to find a way to incorporate more environmentally friendly refrigerant compounds. Their natural choice was R32.

No impact on our planets ozone layer…

R32 refrigerant is otherwise known as Difluoromethane is an organic compound and has the formula of CH2F2. Ironically, it is also the pure form of the ingredients of its predecessor, R410A. However, R32 has only recently been usable on its own as a refrigerant due to technological advances in the equipment that uses it. It has also been used in Japan for the last seven years. One of the most attractive things about using R32 is that it has an ozone depletion value of 0. This means that it should have no impact on our planets ozone layer while it’s being used/disposed of. It also has a much lower Global Warming Potential score than R410A which has a score of 2090, as opposed to the R32’s much lower score of 675. This makes R32 a fantastic choice of refrigerant that can help to cut down on carbon emissions.

Due to the R32’s more efficient chemical structure, 20% less of it is required to run an Air Conditioning system or an Air Source Heat Pump, making it more economical as well as more environmentally friendly to use. It is also far less toxic than some of its predecessors and is also fire resistant which makes it much safer to work with. It is for these reasons that R32 is being used globally as the new refrigerant of choice to help keep our homes at the temperatures we want without harming the environment.