The Winter Olympics is the ultimate sporting event for elite skiers, snowboarders, ice skaters and many more and is currently taking place in Beijing, China. However, the Winter Olympics could become a thing of the past due to climate change. 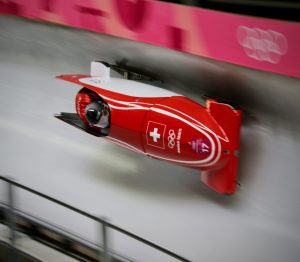 Since the first Winter Games in Chamonix in 1924, the event has been held in 21 different locations across the world. According to the research, less than half of these destinations would meet the ‘climate suitability’ and natural snowfall amounts required to host the event by 2050 if global greenhouse gas emissions remain on their current trajectory. This number then drops to just only one venue being suitable by 2080.

The 2022 Winter Olympics is taking place in Beijing despite the ski slopes only recording just 2cm of snowfall between January and March last year. This means that it will be the first time that an Olympic host city has had to rely entirely on artificial snow, using an estimated 222 million litres of water to produce. Artificial snow is about 30% ice and 70% air, whereas natural snow is 10% ice and 90% air. This changes the texture of the snow and delivers a surface that many competitors say is unpredictable and potentially dangerous.

British freestyle champion and Winter Olympian Peter Speight, said: ‘It’s helpful for creating physical snow for people to use, but it uses large amounts of water and energy and does not help solve climate change.

‘We need to solve climate change at the source, rather than rely on mitigation focused solutions.’

Temperatures at the Winter Olympics have been increasing steadily from an average of 0.4C in the 1920s-50s, to 3.1°C during the 60s-90s, and 6.3°C in the 21st century. This rise in temperature is causing host cities to take ever more drastic measures to ensure competitions can take place.