The Advantages of Driving an Electric Vehicle and Reducing Carbon Emissions 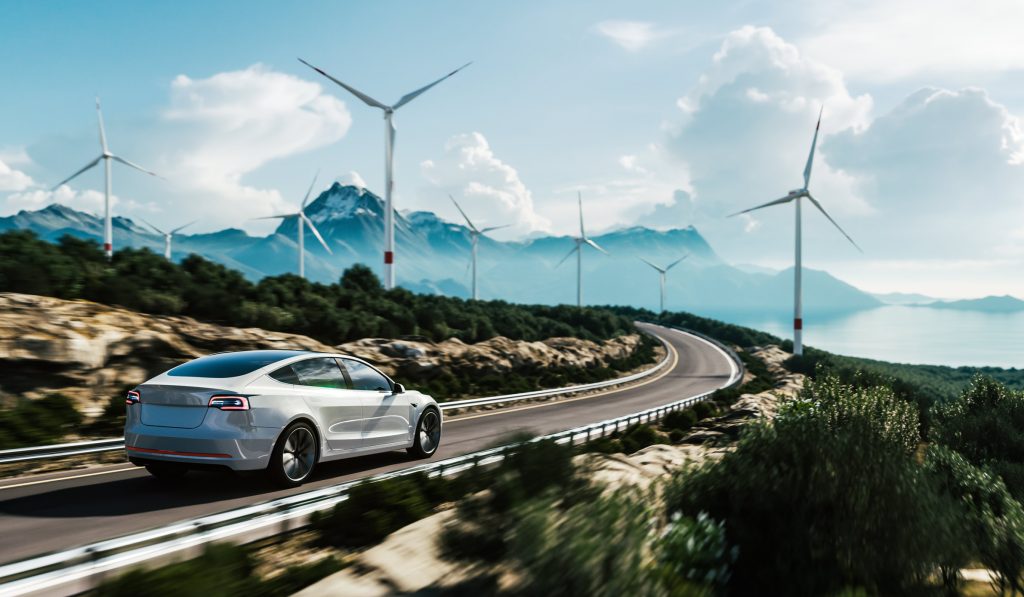 The majority of cars on UK roads are still powered by fossil fuels but the interest in electric vehicles is increasing. Rising fuel costs have made people question whether they should be making the switch to Electric Vehicles (EV’s) sooner rather than later. Yet, for many, the initial cost and initial change makes switching to an EV a questionable one.

“We don’t know what the future holds. EVs may become the only realistic option, or hybrids will take centre-stage. One thing is certain: EV adoption is increasing, and fuel price hikes will only accelerate this” sate car leasing experts at caruno.

Alongside the ever-growing threat of climate change, the UK government’s zero-emission deadlines growing ever closer and record fuel prices, consumers are looking toward more eco-friendly, financially savvy ways to get from A to B.

Why are so many of us making the switch to electric vehicles? Are they as eco-friendly as they claim and by exactly how much do they reduce your carbon emissions?

Why drive an electric vehicle?

When you hear the word ‘electric car’ you almost certainly think of the environmental benefits that they offer. However, did you know there are a whole host of other advantages to driving one?

1. Zero emissions are produced by EVs

Even hybrids (that use some fuel) can reduce carbon emissions. They’re also more energy-efficient, reducing pollution and can make our towns and cities cleaner and calmer.

When you drive an electric car, you can expect to spend around a third in energy costs compared with fossil-fuel-powered vehicles. For example, the cost of charging your EV battery for 100 miles comes in at around £4 whereas the same cost in an ICE (fossil fuel) car would set you back around £14.

Although electric vehicles are more technologically advanced, they are made of fewer parts so are less likely to have to go back to the garage for expensive repairs and will save you money. You won’t need fuel, oil or air filter changes, the gearbox is much simpler and most problems can be diagnosed with a computer.

4. Perks and benefits like free parking and zero road tax

In the UK, you currently don’t need to pay road tax if you drive an electric vehicle. If you’re driving a hybrid, you’ll still enjoy a significant discount that can really make a difference to your household budget. If you’re driving in a Clean Air Zone, you’ll also pay less and even get free parking in some towns and cities.

5. The prices are coming down

The growing popularity of EVs and the price of batteries reducing, means that more consumers than ever before can afford to make the switch. Despite the initial cost of investing in an electric vehicle, the savings make them a more financial wise choice.

What are the environmental benefits of driving an electric car?

We touched on some of the most eco-friendly benefits of switching to EV’s effecting consumers decisions to make the change. However, the environmental benefits of driving an electric car are wider reaching as they contribute to reducing carbon emissions, pollution, use of fossil fuels and energy efficiency. 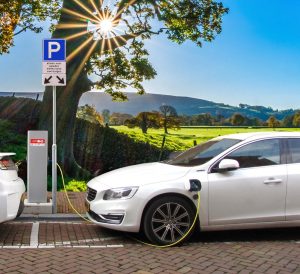 Read below for some of the external environmental benefits your EV could be helping to contribute too!

Pure electric cars don’t produce any carbon dioxide when driving as no fossil fuels are being burned. This could be as much as 1.5 million grammes of CO2 over the lifetime of the vehicle, which is about the same usage as four return flights from London to Barcelona!

Back in 2019, the UK government announced the start of the ‘green industrial revolution’ with plans to end the sale of new petrol and diesel cars by 2030 and reach net-zero carbon emissions by 2050. Given the significant reduction in carbon emissions offered by electric cars, we could help tackle climate change by making the switch.

Much of the air pollution in our towns and cities is the result of traffic and its emissions. This is considered to be one of the biggest risks to our health. It causes around 64,000 deaths per year and costs us a staggering £20 billion per year. By driving an electric car, you’ll help clean up the air in our towns and cities, making them healthier and cleaner places to live.

Electric vehicles are almost completely silent and so don’t disturb residents or local wildlife when driven. When you drive one instead of a fossil-fuel-powered car, you’re helping to reduce noise pollution and making our country a better place to live, especially for those who live near busy main roads or motorways.

Electric vehicles offer a range of advantages over conventional cars, which is why more people are making the switch. They reduce your carbon emissions, cut your fuel costs, reduce air and noise pollution, require less maintenance and can even save on road tax and parking costs. With better technology being invented every day, there’s never been a better time to invest in an EV.

We use cookies on our website to give you the most relevant experience by remembering your preferences and repeat visits. By clicking “Accept All”, you consent to the use of ALL the cookies. However, you may visit "Cookie Settings" to provide a controlled consent.
Cookie SettingsAccept All
Manage consent

This website uses cookies to improve your experience while you navigate through the website. Out of these, the cookies that are categorized as necessary are stored on your browser as they are essential for the working of basic functionalities of the website. We also use third-party cookies that help us analyze and understand how you use this website. These cookies will be stored in your browser only with your consent. You also have the option to opt-out of these cookies. But opting out of some of these cookies may affect your browsing experience.
Necessary Always Enabled
Necessary cookies are absolutely essential for the website to function properly. These cookies ensure basic functionalities and security features of the website, anonymously.
Functional
Functional cookies help to perform certain functionalities like sharing the content of the website on social media platforms, collect feedbacks, and other third-party features.
Performance
Performance cookies are used to understand and analyze the key performance indexes of the website which helps in delivering a better user experience for the visitors.
Analytics
Analytical cookies are used to understand how visitors interact with the website. These cookies help provide information on metrics the number of visitors, bounce rate, traffic source, etc.
Advertisement
Advertisement cookies are used to provide visitors with relevant ads and marketing campaigns. These cookies track visitors across websites and collect information to provide customized ads.
Others
Other uncategorized cookies are those that are being analyzed and have not been classified into a category as yet.
SAVE & ACCEPT