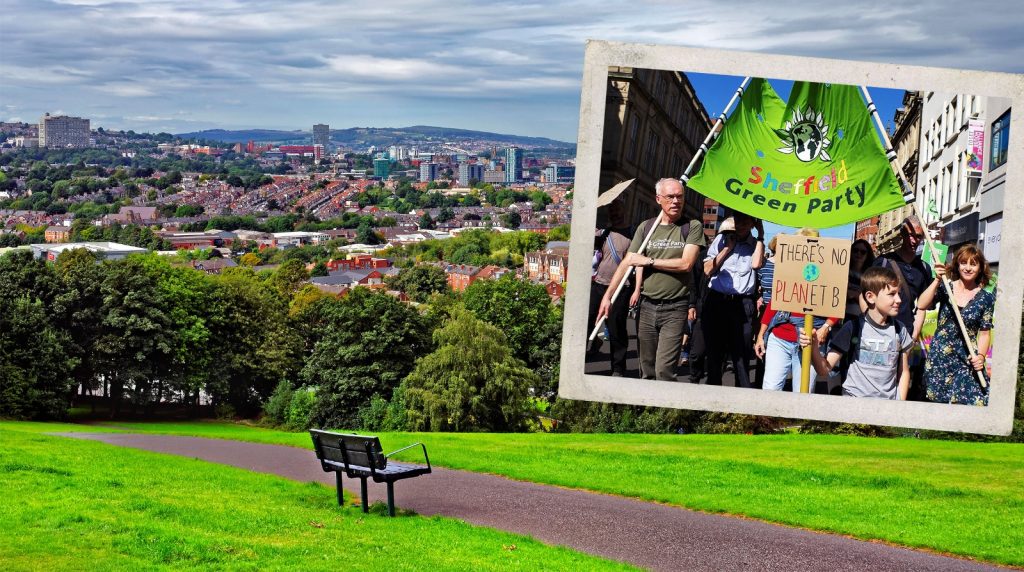 Sheffield, a city once known for its smoke billowing factories and steel forges has undergone a dramatic change to become one of the greenest cities in Europe. Today, Sheffield is known for its large, open-plan parks, green spaces, and of course, as the home of Greener Living. This is no small achievement seeing as the city was built around the use of fossil fuels.

Sheffield has a long history, it takes its name from the River Sheaf and was founded in the 12th century by Lord of the manor, William de Lovetot. Lord William built a castle at a location known today as “Castle Market” and a church known today as “Sheffield Cathedral”. From these humble beginnings, Sheffield grew into a metalworking powerhouse. 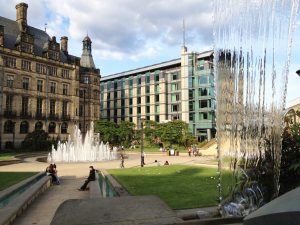 In the early 1740s, a Sheffield man named Benjamin Huntsman invented a way of making better quality steel called crucible steel. Another inventor named Thomas Bolsover discovered a way of plating copper with silver. This silver plate was, of course, cheaper than silver and was very popular for things like candlesticks and teapots. In 1773 Sheffield was given its own silver assay office. In the 1750s a lead mill was built in Sheffield and about 1760 a silk mill was built. (It was later converted to a cotton mill). Communications also improved in the 18th century. By 1751 the River Don was made navigable all the way to Sheffield.

A city on the move…

This boom in the industry continued until it hit its peak in the 20th century which was the era of Sheffield steel. Given the cities long history and reputation with forging and metalwork, it became a hub for manufacturing for the entire north of England. This continued to be the status quo until the 1980s, where the steel industry came to a crashing halt as British businesses, incentivised by the government in power, started to import their steel and other raw materials from abroad instead of within the UK.

This gave the great city no other option than to rebuild itself. Businesses adapted and a technology sector started to thrive, something that Sheffield enjoys today. On the back of this success came the money and drive to clean up the city and turn it into a beautiful landscape full of trees and rolling hills.

The Green Party on the rise…

Today, Sheffield enjoys a picturesque landscape with a bustling metropolitan city centre packed with green industries and green spaces. This is reflected in the cities politics, in which the UK’s Green Party currently reign supreme. After gaining 5 seats in the last local election, they now have the majority in the cities council and have spent no time in campaigning for a greener way of living for the people of Sheffield including a campaign for homeowners to be able to purchase local renewable energy from solar panels which caught our attention as you can imagine.

With the environmental and political dynamic of Sheffield shifting towards a more progressive way of thinking, it’s obvious to anyone that this is a city heading in the right direction with its citizens standing firmly behind it.