Energy prices in the UK are approximately £2.5 billion more than they would have been if climate initiatives had not been abolished during the last decade, a study has found. The changes included cutting energy-efficiency subsidies, effectively banning onshore wind in England and scrapping the zero-carbon homes standard. 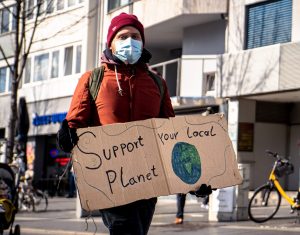 With the ongoing energy crisis in the UK, bills could rise by as much as 50% in April which has led to pressure on the government to find ways to mitigate the impact on struggling households. Some ideas include abolishing the 5% VAT rate on energy bills as well as ​​further cuts to energy efficiency policies such as the green insulation levy which covers the cost of insulation for the poorest households.

Which climate policies were scrapped?

Back in 2013, David Cameron’s government made a series of changes including cutting spending on energy-efficiency improvements which led to the number of homes getting their lofts or cavity walls insulated each year plummeting by 97% following the green deal introduction and never recovered.

Then in 2015, the government ended subsidies for onshore wind and introduced planning reforms which were generally perceived as a ‘ban’ on the technology leading to a dramatic drop in the number of onshore wind-farms being completed in the UK.

Finally, in 2015, the Conservative government cancelled the zero-carbon homes standard, which was set to take effect the following year. As a result, almost a million new houses have been built since then with lower energy-efficiency standards, resulting in increased energy bills.

The combined impact of these changes means UK energy bills are now around £2.5 billion higher than they would have been if these policies had been kept. This £2.5 billion saving would have translated into reductions of around £40 per household under the current price cap.

You can avoid these increases by installing a more energy efficient heating system like an Air Source Heat Pump or even generating some of your own energy by installing state-of-the-art solar panels with a battery to store the energy you create.