Neighbourhood in Sheffield crowned “Greenest Town” in the UK 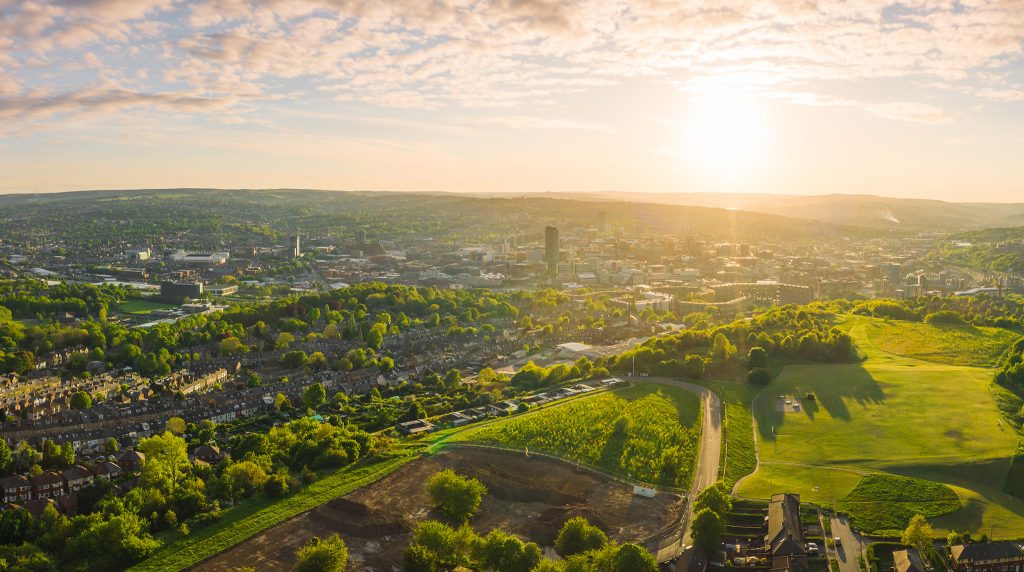 A neighbourhood in Greener Living’s hometown, Sheffield, has been crowned the “Greenest Town” in the UK. The Sheffield District, Southy Green, claimed their title for being the most gadget conscious town in the UK and were recognised for this by the UK’s leaders in mobile phone comparison and recycling, Compare and Recycle.

The company has identified the best district of the UK for recycling its unwanted tech, instead of throwing it away. Its analysis of the whole of the UK has shown that Southy Green in Sheffield outperformed all other areas within the UK this year.

In an earlier post, we discussed the importance of recycling used and unwanted mobile phones so to see people in our hometown take the initiative and claim the number one position in the UK for tech recycling is very encouraging. Compare and Recycle released a full top ten list which you can find below which shows their full findings and rankings for the UK. 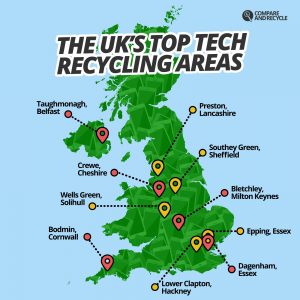 Our smartphones and other digital devices contain materials that can have a detrimental impact on the environment, such as, lead, cadmium, coltan and mercury. If disposed of in a landfill, these metals can poison local wildlife and damage far-reaching eco-systems if they contaminate free-flowing water sources like rivers or streams.

There is also a huge carbon-heavy process involved in manufacturing new smartphones, the latest figures show that Every iPhone that can be refurbished and used again saves up to 111 kg of CO2.

Sheffield already has a rich history of being forward-thinking and environmentally conscious. The city is estimated to contain more than 4.5 million trees, giving it more trees per person than any other city in Europe. With over 250 public parks and 52 square miles of national park. Over the last few decades, Sheffield has reinvented itself from being the city of coal and steel to a city of green spaces and environmental conservation, it is a city that we are proud to call our home. So it’s fantastic to see such a strong initiative to recycle not just in Sheffield but also throughout all of the UK as is shown in these findings, not to mention the amount of Air Source Heat Pumps we have personally installed in the area helping more and more households in the UK go green.