Global warming among the top reasons for the UK’s poor weather.

If you are a UK resident you may have noticed the extremely damp weather for this time of the year. In fact, according to the met office, we have already had twice the amount of rain that we should have at this point of the year. This begs the question, why is the weather so wet this year compared to other years? There is no simple answer to this question but global warming is playing a major part in the shift towards a wetter climate in the UK. 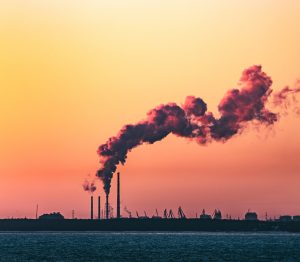 How does global warming affect the weather?

Very simple facts really but the planet is made up of around 70% water, most of this water is located in the oceans of the world, as global warming heats the planet more water is evaporated into the atmosphere due to the increased heat. This evaporated water then eventually condenses into rain and falls back down to earth.

The temperature change is also having a worryingly unpredictable effect on the worlds jet stream. The jet stream is a continual flow of air that circulates the globe. It is caused by the contrast of temperatures at the colder polar regions and the hotter equator. Seeing as the polar regions are now heating the poles faster than the equator, the jet stream is weakening. The jet stream is what typically blows away bad weather systems and clears the skies and if it is weakened it loses its ability to do this. This is troubling for a small island such as the UK, the increase in rain and weakening of the jet stream could in effect put us into a perpetual state of rain and even worse weather in the future.

What can we do to help?

Therefore, it is paramount that we do everything we can to slow the advance of climate change while we have the chance to heal the damage we have caused. We each have a much larger role to play than we think, whether it’s installing a low carbon heating system such as an Air Source Heat Pump, generating your homes own electricity using Solar Panels, becoming a climate activist or simply helping to spread the word that the time is now to change. We can all do our part but we have to react sooner rather than later.

This is why the government are offering funding of up to £13,000 to homeowners to install an Air Source Heat Pump in their home.